Yes, I just up and disappeared last spring, didn't I?  All I can say is we have been so insanely, hecticly busy this past spring ans summer....but it's all been good!
Jessie and I went on her school trip to D.C. for 4 days - how incredible!
The kids showed their cattle all over Ohio this spring and early summer.  Then the first week of August, we took 2 heifers to Medina County Fair:
Jessie and Header - Reserve Champion Crossbred heifer at Medina County Fair: 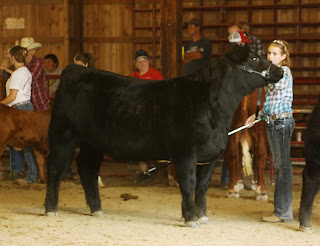 Tyler and Zlady - Champion Maine Anjou heifer at Medina County Fair (the little twerp is getting this showing thing down pat): 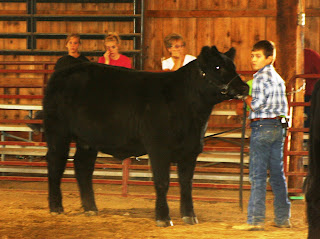 Jessie started playing volleyball for the 7th grade team at the Middle School (which is including lots of hours of practice!)

Jessie showed at the Wayne County Fair.  Her steer went 4th in his class (it was rumored to be the toughest class at the fair with 5 incredibly good calves), and she won her Jr. Showmanship class with 19 kids in the ring. 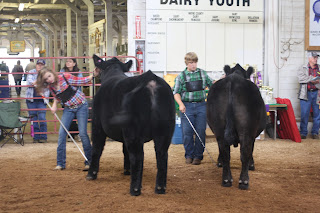 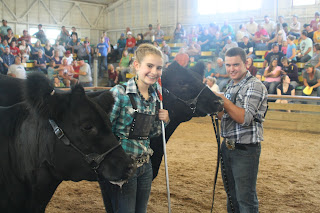 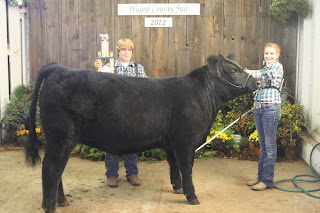 She also had her pig at the fair.  Where she won her showmanship class on Monday and got 2nd in her market class on Tuesday. 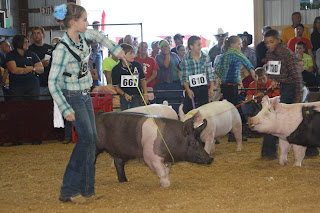 In between both county fairs, I painted her bedroom.  This isn't the greatest picture, but it's a lovely greenish aqua color.  I'm still working on making curtains, pillows and you can see the dust ruffle I have just a little bit to finish up with: 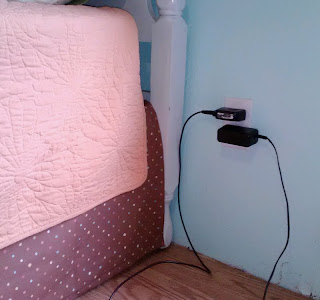 And we finally got the water damage in our bedroom fixed, and it too has been painted, new carpeting and I'm finishing up the curtains, pillows, dust ruffle and table toppers in there. 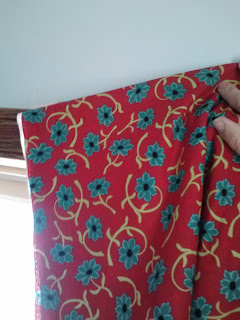 I did not plant a garden this year - much simpler to go to my amish neighbor and buy my produce to can and freeze.

Now that the fairs are behind us, hopefully things will slow down a little bit.  And I'll have 2 finished bedrooms to show off shortly......

Yay, you are back! Missed hearing about the kids/animals and quilting lol. Love the pig. We call them saddlebacks and they are my favourite breed. Kids did great: congratulations on the amazing fair results xx