Jessie has been after me to buy her a pair of knitted legwarmers...and I'm sorry but something as tiny as a pair of legwarmers - I should buy them?  Not.   And it just so happened that Thea was getting ready to send a pair out for testing...I had the plucky sport in my stash....so I volunteered. 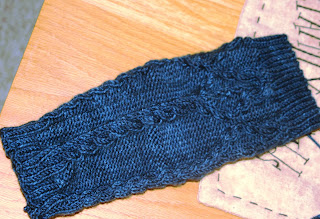 Plucky Knitter yarn is amazing.  simply amazing.  And I had to think about it for a day or two before using some of my plucky stash on a pair of legwarmers for Jessie.... 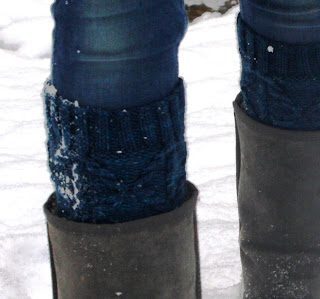 I made her pick a dark color - this is Bohemian Blue.  I had an idea that she would like them and didn't want a light color for her - this girl loves her animals and the outdoors. 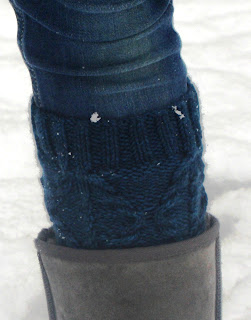 For Jessie, who has the cute, skinny little legs, I knit the pattern but I only knit 4 repeats of the medallion cable instead of 5 (this means I only cast on 80 stitches instead of 100).  And they are still a little large on her.  I knit hers to be 11" long, but after she wore them for several days, she has since requested that I add a couple inches to them (which I'm thinking will happen this spring/summer when she is done wearing them).  However, she first wore them to school last friday, and she wore them Saturday and Sunday (under her pj pants after basketball - what can I say?  It was a lazy weekend at our house)....I'm thinking they may have been worn to bed one night - she said her room was cold.  And I saw the on her little legs this morning as she walked out the door. 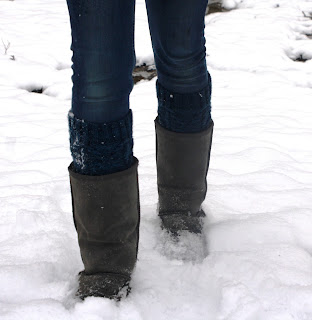 Thanks to a hard snowfall yesterday, when we finally got back home from the orthodontist this afternoon, and before she rushed to change for basketball, I was able to grab a couple pictures of them. 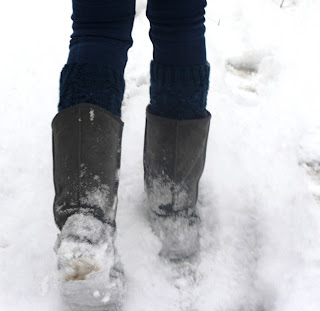 On Friday, I got no fewer than 4 texts from her friends - could I make them a pair of these?  I'm thinking birthday and Christmas presents for them all - however - they will not be getting plucky yarn...sorry girls!  And Jessie has since asked for another pair in a lighter color.  I heard through the grapevine that there will be 3 different patterns of these legwarmers, so I just may make Jessie wait until the next pair comes out....I'm mean that way. 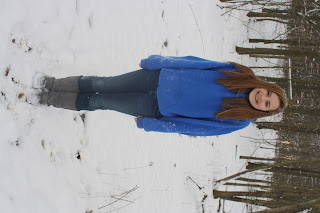 A little tip - I tried knitting these magic loop and on double pointed needles - but had tension issues both ways.  So I brought a pair of size 4 12" addi's - which worked like a charm.  It worked so well that I may rip out the first legwarmer and reknit it on the 12" needles.